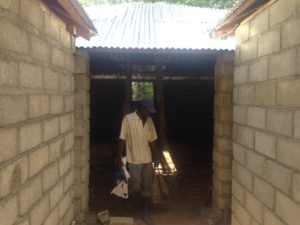 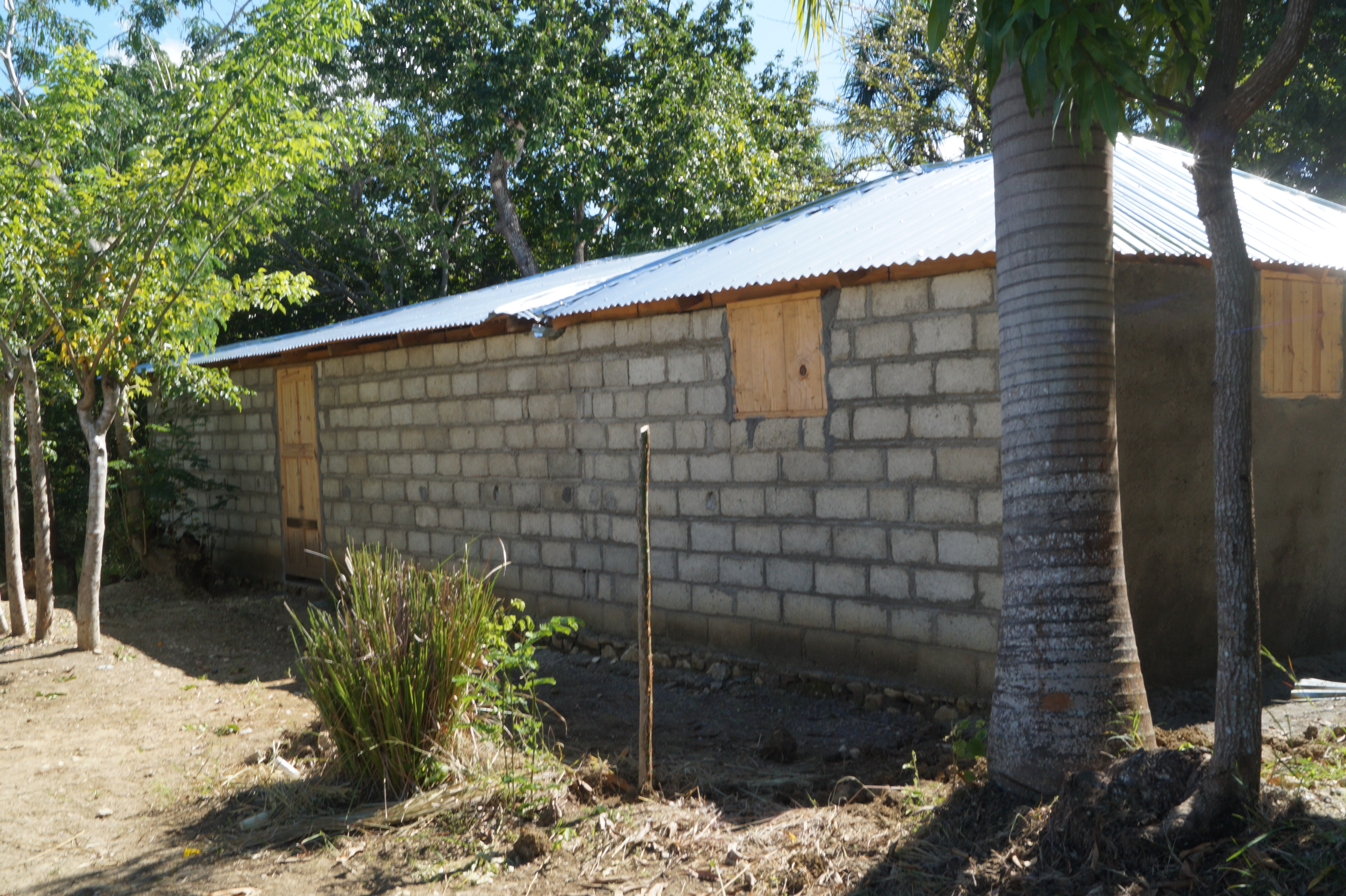 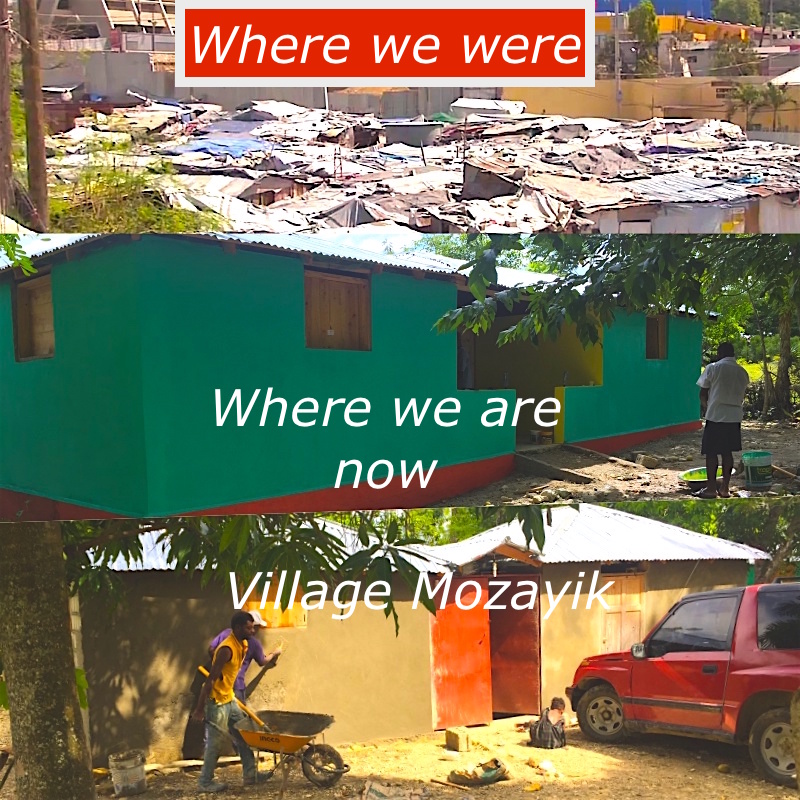 We are in close contact with Village Mozayik and they been impacted severely by Hurricane Matthew. Sac Kanken nike pas cher adidas nmd schoenen Asics GT 2160 Air Max Baratas If you wish, 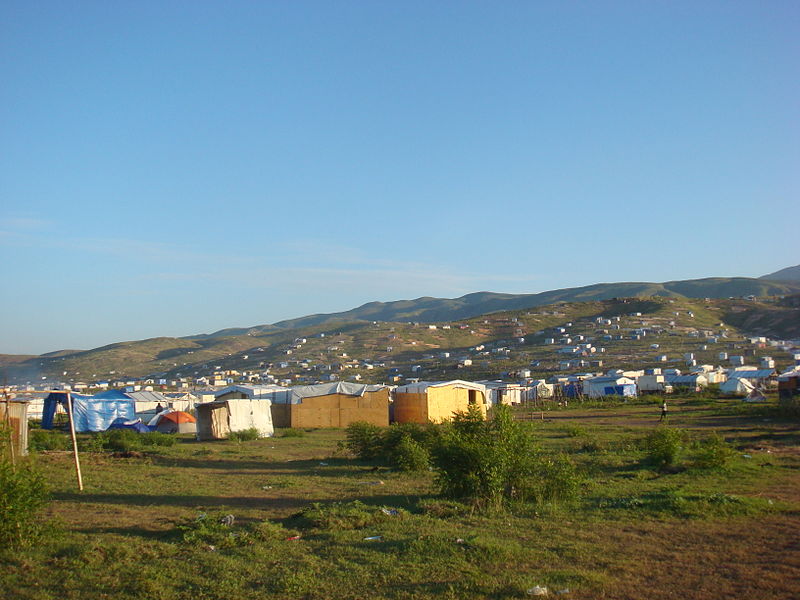 The photo I am sharing looks almost hopeful. Asics Femme Pas Cher nike air max pas cher I want to cling on to the thought that perhaps the people of Village Mozayik are somehow ok, that somehow these tiny little plywood houses withstood the 100mph winds and heavy rains that Matthew unloaded a week ago. Goedkope Nike Air Max 2017 Dame Fjallraven Kanken Mini UK Soon the media will move on to other stories, but not much will change in Haiti. Nike Air Max 2017 Heren blauw The poor will be left to once again rebuild what they managed to salvage of their homes after the 2010 earthquake. Fjallraven Kanken Kids UK Nike Air Max 2016 Heren groen In the the first week following Matthew we have heard very little from Village of Mozayik. This is beginning to weigh heavy on my heart. nike air max schoenen nike air max 2017 femme grise Are they still clinging on the hillside at Titayen under the harsh elements? In the days following Mathew I cannot help but worry about what are they doing for shelter, were there any injuries, where is the community getting clean water? So many are giving advice on how to give, which organizations to give to and how much and what to give. Fjallraven Kanken shirt-tshirt Some have tried to get the message out that simply throwing supplies and money is not necessarily the wisest thing to do in. In spite of these well intended gestures seem to cause more trouble for everyone in the end. asics pas cher Yet saying you will keep Haiti in your prayers doesn’t seem like quite enough either. Kanken Fjallraven Soldes Asics 2017 How does one really know what to do? Even now with almost 6 years experience working Haiti with with big hearted, well intended folks it is still very difficult to give advice on the best ways to help out. nike air max 1 og femme Here is what I do know. Our Organization continues to work toward moving these 126 families to safer ground. Adidas Pas Chere air max We have purchased land, we have a small community center that is nearly complete. nike kd 9 pas cher Asics authentique nike pas cher Our next steps are: ***Delivering 130 Sawyer Portable Water Filters donated by Outreach for World Hope in Verona Wisconsin. nike blazer pas cher These will be personally delivered by Mona Augustin on October 18, 2016. nike air max schoenen nike air max 90 pas cher Our hearts are swelling with gratitude as each of these filters retails for $69.99. Do the Math, it was an incredibly generous donation. nike tn pas cher Again Thank you Kim Tews and Out Reach for World Hope. Nike Trainers UK 1.Move a caretaker/family to the new site 2.Finish the community center 3.Move the first 10 families to the new site 4. nike pas cher Work along side the first 10 and support and assist them in the building of their homes 5. Nike TN Requin 2017 solde adidas Listen, Watch, Adjust, REPEAT until all 126 families are moved 6. 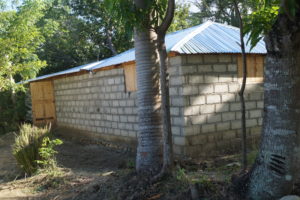 2 years after the earthquake 2010 200  families of Mozayik were evicted from the original “site” and moved out to Cannan (government appointmented land) they were surprised with a brutal attack on an early Sunday mornin in December. Here is a bit of footagae that one of the residents recorded on his cell phone just minutes after the attack. You can find the footage by going to: youtube.com.

After water coffee is the most popular beverage in the world, and after oil coffee is the world’s second largest commodity. Goedkope Nike Air Max 2017 Heren As the heroine in Bach’s Coffee Contata sings: “Coffee is more delicious than a thousand kisses and sweeter than muscatel wine”. nike trainers sale air max 1 pas cher nike air max pas cher One of my favorite experiences in Haiti is roasting coffee with Bertine over the open fire. nike air max 2016 goedkoop Solde adidas superstar Spending 4 hours around a fire on a hot Haitian afternoon involves pounding the beans, story telling, laughter, singing, chanting, more pounding, and chuckling at Bertine as she sneaks a sip or two of fine Haitian Rum Barbancourt. Chaussure Asics Pas Cher nike air max 90 soldes air max pas cher Nike Air Huarache Heren nike air max 2016 goedkoop It finally ends with the long awaited cup of a strong Haitian brew sweetend with raw sugar. nike air max 2017 dames Groen kobe 11 pas cher Cheap Nike Trainers UK nike air max 2017 dames Nothing tastes better Bertine is a local mid wife, bodyworker, and voodoo priestess. nike requin pas cher Nike Sko Norge New Balance Heren She is a colorful woman that lives up in the mountains above Port Au Prince. Asics Pas Cher chaussures pas cher nike 2017 asics pas cher It’s a short hike from the guest house back to her hut. air max pas cher nike pas cher Nike Air Max 2016 Heren Nike Air Huarache Heren She makes her living offering groups the experience of roasting coffee, and selling a little homemade candy on the side. Nike Air Max Goedkoop Solde adidas gazelle chaussures nike pas cher In my travels to Haiti I have gotten to know Bertine a little better and it’s not uncommon for her to show up at the nearby guest house to say hello and to see if she can get a visitor to buy her some rum.

What I remember most about my first visit to Mozayik in August 2011 was oppressive heat and oh yeah….needles. Goedkope Nike Air Max schoenen air max 1 pas cher nike air max Mozayik’s second home was in a place called Cannan, like in the Bible. Nike Air Max 2017 Kopen fjallraven kanken mochilas Nike Air Max 2017 Dames roze This modern day waste land was the site where the 300,000 dead bodies were disposed of and buried in mass graves just 1 year earlier. Fjallraven Kanken Classic The place had a hopeless heayv feeling. New Balance Baratas lunette de soleil ray ban pas cher Adidas NMD Dames It was hard for any of us to imagine life in such a place. As our group entered the new community we were greeted with smiles and open arms. Sac à Dos Kanken Fjallraven Of course visitors from the US envoke feelings of hope for something better. nike air max pas cher nike air max homme pas cher Because of the temps (100F and hotter) we were all wearing shorts, skirts and sandals. air max noir Within the first 20 minutes 2 of us had hypodermic needles impaled into our foam or rubber soled shoes. Not only was this place the dumping ground for dead bodies but it was also a medical dumping ground. Nike Dames There we stood, playing with kids that were running around barefoot, and showing us the area they had cleaned up to create a little playing field for soccer and other games. Solde yeezy boost I was in shock. Solde adidas superstar Several young boys rushed over to help me dislodge the needle from my sandal. Luckily for me it just barely penetrated my skin. Nike Air Max 2017 Goedkoop We treated it with some alcohol and a band-aide and then about our visit. air max pas cher That afternoon we swam in the Carribean Sea with the kids. nike air max 2017 goedkoop new balance femme blanche 996 It was such a strange experience to be in such a desolate, and heavy place, and at the same time be cooling our selves in the beautiful aqua waters of the sea. cheap fjallraven kanken uk fjallraven kanken backpacks sale uk That evening the rains came but we were lead into a make shift shelter where we were served a delicious fish soup and w entertained by Mona’s music. Mochilas Kanken Infantil ray ban pas cher air max homme pas cher We sang, we danced we got drenched, and then we were escorted off to a large tent that had been made up for us…….matletts on the floor and clean crisp sheets. nike air max 2017 pas cher These community had little or nothing in terms of material wealth yet they laid out their “red carpet” for us.